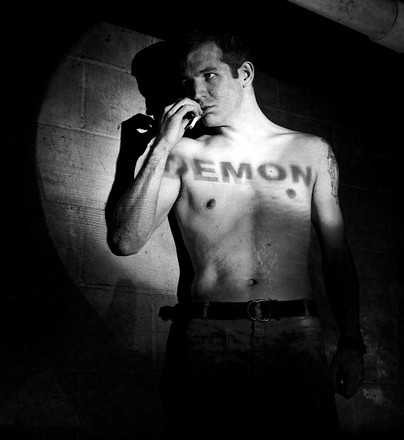 Buck Remington is the photographic incarnate fascinations of a devious mind yearning to escape from a clean cut flesh-vessel. Herein resides the dark, the discomforting, the every depravity of human nature captured as beautifully as possible. Welcome are all manner of fetishists, dark dreamers, and miscreants. Art is not limited to the superfluously beautiful... Beauty can be uneasy, disconcerting, and downright disturbing. This is the home for that part of the mind.

In 2013, Buck made the decision to separate his "vanilla" photography from his dark and risque artwork. The latter needed a new home, and a new brand.  Thus, Buck Remington was born by combining his nickname with the town he lived in as a teenager.

Raised between the Appalachian Mountains of Pennsylvania, Ohio’s Rust Belt, and Virginia's Piedmont, Buck developed an unquenchable thirst for exploration, adventure, and discovery at an early age. His interest in photography sparked almost as soon as he could hold his father’s Pentax, and he quickly found himself mastering the basics.

After a brief stint at Pennsylvania State University, he enlisted in the United States Navy as a nuclear reactor operator on a fast attack submarine. Over the next decade, he would polish his photography skills around the globe, striving to learn more about the places and cultures he visited and capture their essence on film.

During this period, he began tinkering with the physical aspects of photography; rebuilding cameras, repurposing lenses, and general experimentation to solve old problems in new ways became the mainstay of his craft. Currently, he spends his days working in commercial power generation, and his free time combining his technical expertise and creative visions with a professional acumen to create unique photographs.

Although an avid traveler who participates in all genres of photography, Buck has found a niche in the grey areas and margins, pushing the boundaries of art and comfort. Buck is currently a member in good standing with the Professional Photographers of America.